Throughout the year at Kanana we always see these old male dugga boys hanging around the flood plains while the bigger breeding herds will pass through the concession from time to time. These males are no longer part of a herd as they cannot compete with the younger, more aggressive males. Males have a linear dominance hierarchy based on age and size.

The most noticeable characteristic feature of the buffalo is the impressive set of horns they carry, the length of many pairs can reach up to one metre long from tip to tip! Buffalo use these horns to defend themselves against predators as well as to challenge other males in attempts to score a mating opportunity with a female. 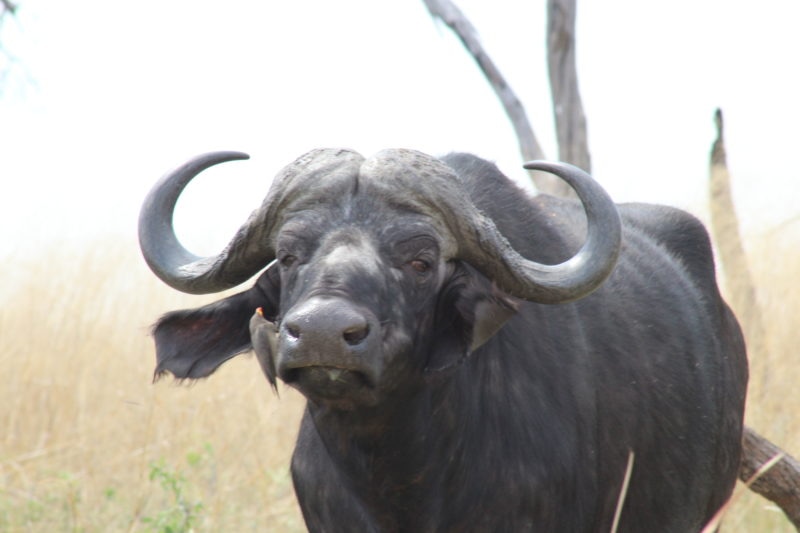 Why are these old male buffalo’s called Dugga boys? Dugga meaning mud is a word used to describe these old bulls as they spend most of their days wallowing in the mud feeding on the soft green grasses which occur on the side of the channels. 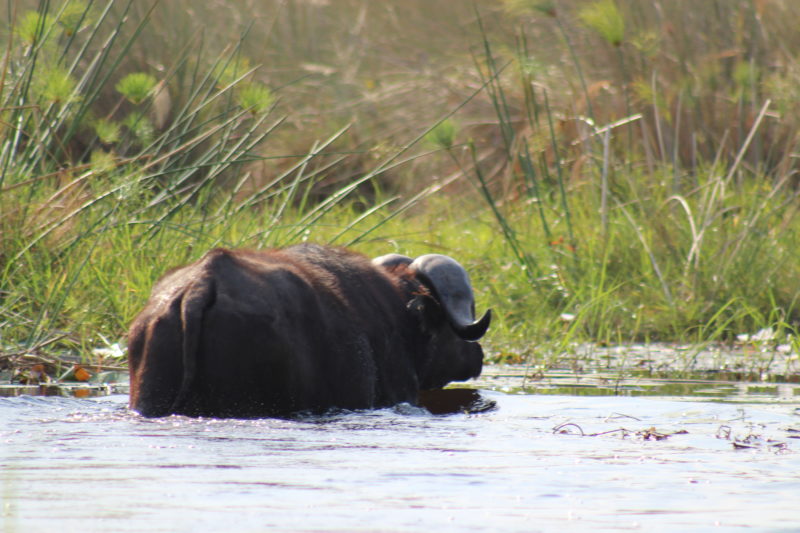 We see these old bulls regularly when on a boat cruise or a game drive at Kanana, while they are not the most attractive of the big five they have their place in the wilderness for being so impressively strong with their bulky stature and bold horns.